Reasons Why You Should Watch ‘Sardar Udham’

Vicky Kaushal plays the role of Udham Singh in the biographical historical drama film Sardar Udham. Let's check out the things that astounded us while watching it. 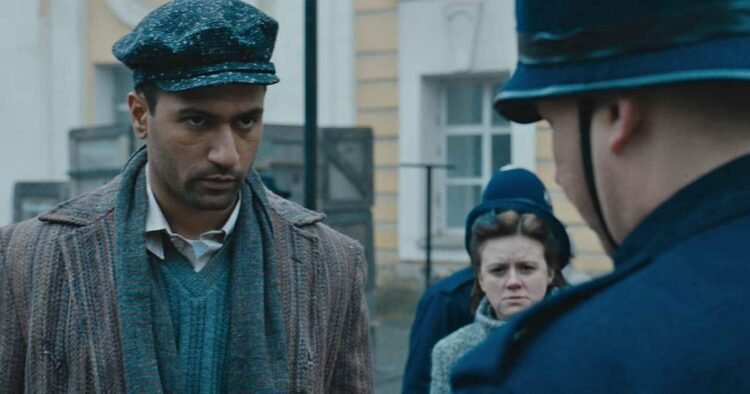 Sardar Udham, the recently released film on Amazon Prime Video, has captivated the hearts of worldwide audiences with its captivating story of the revolutionary’s life based on research, excellent acting by the lead actor, and amazing cinematography.

Critics and viewers alike have praised Shoojit Sircar’s film based on the life of revolutionary Sardar Udham Singh, which was directed by him and produced by Ronnie Lahiri and Sheel Kumar.

His enthusiasm to achieve his aim and avenge India’s most heinous atrocity was admirable, and he became a martyr whom the world remembers.

With many critics hailing it as the best Hindi film of the year, here are a few highlights from the film.

This masterwork transports us back to the days of young Udham Singh’s existence in Punjab, as well as his mission to many areas of the globe.

His shift from one stage of his life to the next was seamless. Shoojit Sircar deserves praise for masterfully balancing the periods.

2. The ambiance truly transported us to into a different era

Shoojit Sircar recently stated in one of his interviews that he has never visited London.

But do you imagine that he and his team of cinematographers and production crew created enormous sets that reproduced London in the early nineteenth century without even visiting the city and looking around?

Every last detail was attended to, from the cars (now deemed vintage) to the dress. The atmosphere affected the spectator, transporting them to another place and time.

Vicky has often demonstrated his acting abilities in a variety of films. His ability to master each character has made him one of the country’s most popular actors who is up for any challenge.

His acting was so natural that the audience was taken aback by his performance, which seemed to come naturally to him. With his Sardar Udham persona, he has astonished everyone, and viewers have adored his rendition.

Vicky’s emotions and feelings as Udham were vividly felt, and his tears in the film became the audience’s tears, giving one of his best performances to date.

It can be difficult to make a film set in the past with insufficient knowledge. The story and the cast do not always mesh nicely.

However, the cast of this film gelled nicely with the tale and got into the skin of the characters, whether they were playing Britishers or performers who actively participated in India’s liberation struggle.

5. The spine-chilling visual depiction of the Jallianwala Bagh Massacre

The representation of the tragic incident that prompted Udham Singh to murder Sir Micheal O’Dwyer has had a powerful impact.

The visual depiction of this tragedy sent shivers down the spectators’ spines. The entire sequence was so dramatic that it completely absorbed the audience.

Udham Singh, who experiences horrific tragedy and tries to save the wounded, is a heartbreaking scenario for the audience.

While seeing this scenario, time freezes still and the audience is left with a lasting memory.

Also Read: Reasons Why You Should Watch ‘Only Murders In The Building’ On Disney + Hotstar