Do you enjoy watching web series on the internet? However, they refuse to pay the monthly fees for Netflix, Prime Video, and Hotstar. Guess what? Some of the most popular Indian web series on youtube can be engaging and are popular for a reason. 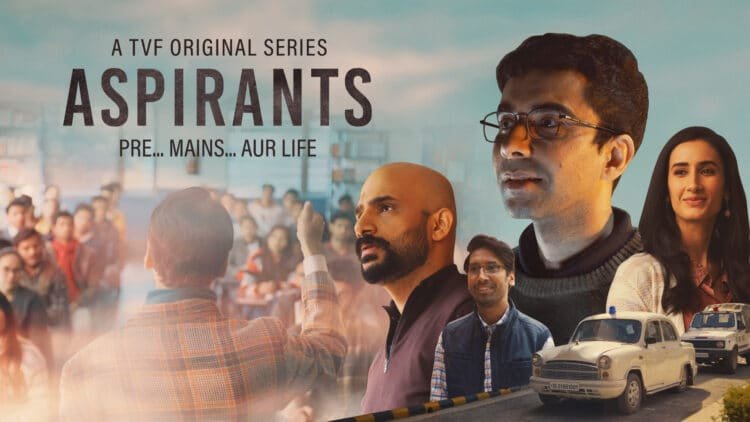 The site features some of the top online series in the Indian content industry, all of which are free to watch. Despite the fact that numerous Indian web series have moved to other applications or platforms, the shows that are still available on YouTube continue to draw a large following. Everyone can see the number of views, comments, likes, and dislikes, thus unlike the fancier platforms, there’s nothing to conceal here. Yes, you can watch a lot of Indian web series for free on Youtube. If you’re undecided, here’s what you should do. Here are my top selections for the finest free Indian web series on YouTube. I’m sure you’d enjoy seeing them. I tried to include options for every genre in this article, so whether you prefer romantic comedies, thrillers, or comedians, there is something for you.

Check our these Best Indian Web Series on Youtube-

When an Indian online series makes it to IMDB’s top 250 series list, you know it’s good, right? The Viral Fever (TVF) simultaneously released ‘Pitchers’ on Youtube and their play website in 2015, and it has received a lot of positive feedback since then. The plot revolves around four professionals who quit their jobs to pursue their dreams of becoming entrepreneurs. The episodes are about forty minutes long, but you won’t be able to watch just one. On a quiet Sunday afternoon, binge-watching with your corporate pals is commendable.

Aspirants, Aspirants is a web series produced by Viral Fever that follows three Delhi-based friends as they prepare for the UPSC test. The web series Aspirants has five episodes that you may watch on YouTube. Naveen Kasturia, Shivankit Singh Parihar, Abhilash Thapliyal, Namita Dubey, and Sunny Hinduja feature in the film directed by Arunabh Kumar and Shreyansh Pandey. The tale follows UPSC applicants as they study for years in order to achieve their goal of becoming an IAS officer.

Permanent Roommates tells the story of Tanya, a commitment-phobic woman, and Mikesh, her too enthusiastic long-distance boyfriend who returns to India from the United States to surprise Tanya and propose to her. Tanya refuses to marry Mikesh, despite the advice of her roommate and her own apprehensions about marrying someone she hardly knows. They eventually come to an agreement, preferring to live together first. The events that follow—a fallout, reconciliation, and Tanya’s premarital pregnancy—lead to the two of them organising their wedding, which has unintended repercussions.

The web series Little Things follows the daily exploits of Kavya and Dhruv, a young couple living in Mumbai. In 2016, the first season was uploaded on YouTube. There are five episodes in total. The dialogues are natural and one of the series’ good points. The show is so relatable and never gets old. Millions of people have seen the show. The truth regarding the vast majority of relationships The show focuses on the minor issues that young couples experience on a daily basis. Little things are non-dramatic, which is what distinguishes it. It catches people’s attention on the internet. Following the popularity of the first part, which is freely available on YouTube. Little Things: Part 2 is now accessible on Netflix.

The Viral Fever produced Kota Factory, an Indian Hindi-language web series written by Saurabh Khanna and directed by Raghav Subbu. The story takes place in Kota, Rajasthan, a popular educational destination known for its coaching centres. The programme features Vaibhav (Mayur More), a 16-year-old who travels to Kota from Itarsi. It depicts student life in the city as well as Vaibhav’s efforts to get into IIT by passing the JEE Advanced exam. It also has notable performances by Jitendra Kumar, Ahsaas Channa, Alam Khan, and Ranjan Raj.

Vyas, Maanvi Gagroo, and Amol Parashar appear in the series, which also features Kunaal Roy Kapur, Nidhi Bisht, Kumud Mishra, and Shernaz Patel. It tells the narrative of three siblings who embark on an amusing trip to discover themselves and their relationships. [2] Amar Mangrulkar composed the music and background soundtrack for the first season, while G. Srinivas Reddy, Anand Subbaiya, and Tamojit Das handled cinematography and editing, respectively.

Man’s World has a satirical plot. Because the dialogues can go beyond at times, I only suggest this show for its laughs. Popular Bollywood actors Parineeti Chopra, Kalki Koechlin, and Richa Chadha star in the show. Despite the fact that the web series is meant to advocate gender equality. There are numerous moments in the film that make it worthwhile to watch. The four-part online series is available for free on Youtube. It depicts the consequence of gender roles being reversed, which makes the scenarios amusing.

This is a series that examines the differences between today’s marriages and how earlier generations’ arranged marriages worked out. The movie follows a couple who marry and hit it off right away, but the story unfolds as they struggle with ordinary family concerns and the endurance of their love.

The online series delves into the strange relationship that exists between an AI software and humanity. SHA, A.I. There are seven episodes of My Virtual Girlfriend. In addition to English, the show is also available in Tamil and Telugu. Until the very end, the show keeps you guessing. A.I.SHA is the first science fiction web series in India. The storyline twists keep you on the edge of your seat. It’s the process by which a computer software acquires human-like emotions. Sam, a teenage app developer, develops Aisha, an artificial intelligence application. When AISHA develops her own thinking and falls madly in love with Sam, things take a turn for the worst. Season 2 has a lot of twists and turns, as well as some new characters. A third season is in the works as well.

Keep an eye on this one for its peculiar sense of fun. The show depicts the challenges of a young guy who, due to job, is compelled to live with his in-laws for a period of time. The typical family drama deals with realistically uncomfortable issues that play out in a comedic manner. The eleven-episode series depicts a modern family’s struggle to transcend preconceptions and bridge the generation gap.

We’ve all embraced the streaming platform lifestyle, but we’ll have to pay to access all of the content accessible on Netflix, Amazon Prime Video, and other platforms. Here comes YouTube, which can save the day by providing you with free access to these outstanding shows. What are your thoughts on these short and entertaining YouTube shows? Are you the ideal target audience for them?

Also Checkout: Aarya review: A series that wouldn’t let you take your eyes off.

The 10 Netflix blockbusters That Had Viewers Hooked in 2021 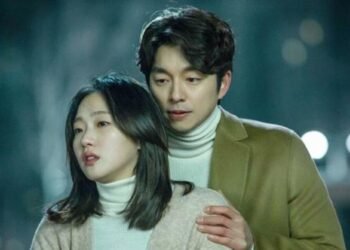 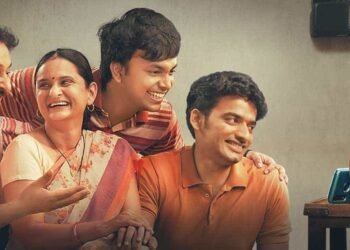 The 10 Netflix blockbusters That Had Viewers Hooked in 2021