Laal Singh Chaddha is currently streaming in theatres. An Adaptation of the iconic movie Forrest Gump, it shows Aamir Khan and Kareena Kapoor in the main role. 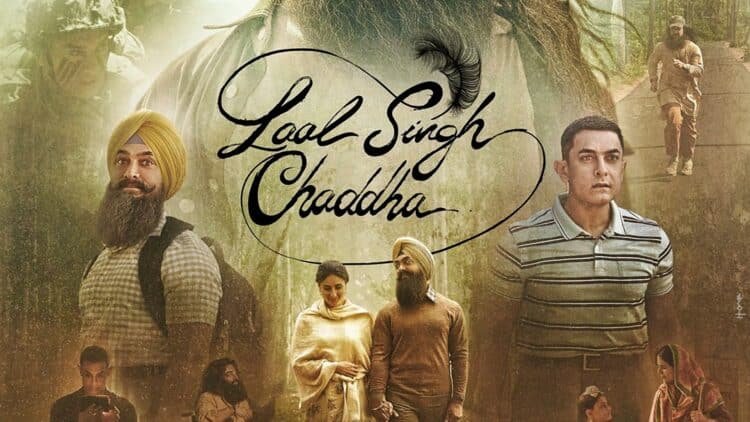 If you ask someone who has been a Tom Hanks fan for a while, they will surely name Forrest Gump as one of the best movies taken up by him.

Although the movie is based on a novel of the same name by Winston Groom, what made Robert Zemeckis’s movie unique was the difference it had from the original story.

Laal Singh Chaddha, based on these two sources, follows the life of a dim-witted and kind-hearted man Laal Singh and his journey to discovering himself as events in Indian history unfold.

Laal Singh Chaddha is a result of nearly 20 years of work initially for adapting the script and later for getting the rights to remake the film.

It was only in 2019 when Aamir Khan was able to acquire the rights to remaking after which more than 100 locations were chosen to direct this film.

Although the film was supposed to be released earlier in 2019 due to the COVID-19 pandemic, it was postponed for nearly 2 years. The filmmakers were positive that Laal Singh Chaddha will be able to create the Aamir Khan magic of earning crores and at the same time win the audience’s heart with a change of storyline.

Coming to the making of this film, when you are compared to an Oscar-winning movie, you have to reach the bar raised before. Laal Singh Chaddha is similar to Forrest Gump in its musings about life, love, morality, and career.

However, Tom Hank’s Gump was more about silent tears and expressionless faces but Aamir Khan sets the tone a bit higher and you will see PK’s big eyes and enthusiastic body language with long dialogues in a Punjabi accent.

Although there are certain aspects that one might expect from a Hindi feature film, the magic of Forrest Gump is not lost as Laal Singh Chaddha attempts to keep the magic by localizing it at the same time.

It is not easy to say whether a remake was necessary but showing the story of a simpleton- who discovers the meanings and purposes of life without searching for them- the nonlinear plot that has a simplistic approach with a profound effect was a difficult territory to tread.

It shows the journey of Laal Singh as he travels from Pathankot to Chandigarh, gets family wealth, fought wars, saw pain directly in its eyes, and escapes from it— along with his feisty Mother and childhood sweetheart (Kareena Kapoor) playing a role.

Aamir Khan never shies away from bold films whether they may have sensitive content from religion or politics. This film has both of these elements but the idea endorsed in the movie is one that is based on love and morality.

Atul Kulkarni’s screenplay blends fiction and fact- it is not easy to demonstrate historical events whether it is Operation Blue Star, The Emergency of 1975, the Kargil War, or Hindi-Muslim riots.

Amitabh Bhattacharya with his heart-touching lyrics in the opening song Kahani captures the essence of the film in its lyrics.

Laal Singh Chaddha may be surrounded by controversies or bans. However, it would be unfair to ignore the cinematography, the development of the characters, and the idea of advocating humanity over the religion that it encompasses.

Although the film may not meet your expectations of Forrest Gump, a film set against the backdrop disconnected from our emotional reasonings, Laal Singh Chaddha is a movie you should try watching once to really find out about it.