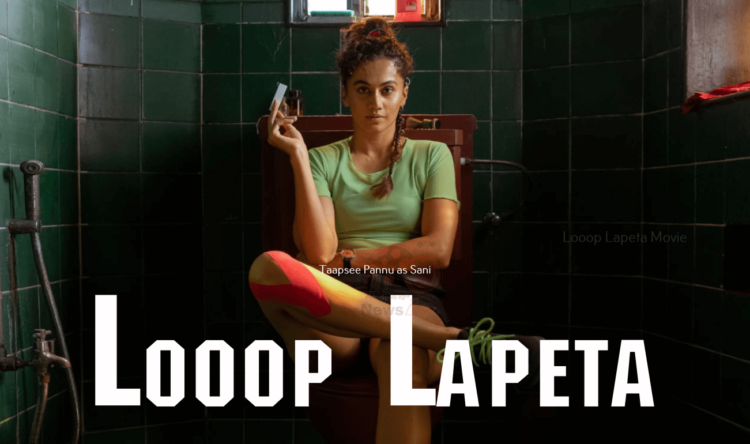 The motion poster for Taapsee Pannu and Tahir Raj Bhasin’s ‘Loop Lapeta’ was unveiled a while ago, and fans were eager to learn more about the film. According to reports, this film is a comedic thriller and filmmaker Aakash Bhatia’s feature film debut, produced by Sony Pictures Films India, Ellipsis Entertainment, and Aayush Maheshwari.

According to the latest information, this comic thriller starring Taapsee Pannu will premiere on Netflix on February 4, 2022. ‘Loop Lapeta’ looks to be an exciting trip through a difficult circumstance in which a woman goes on a rescue mission for her boyfriend.

As the story progresses, a series of events forces the lovers to make decisions that will shape their destiny. “There’s no way to diminish the adrenaline of producing the first picture, and Loop Lapeta has surpassed every bit of it,” director Aakash Bhatia said of Loop Lapeta on Netflix. I’m very pleased with the form we’ve given it. It bravely skips genres, from comedy to suspense to romance, and takes fans on a rollercoaster experience.

This project’s success is due to a strong ensemble cast and staff. On this first adventure, Sony Pictures’ creative associates Kasbekar and Tanuj made for excellent producers. I’m overjoyed that the world will be able to view Loop Lapeta on Netflix.”

“I am happy to be a part of this next project with Netflix, especially with the film being such a versatile genre,” Taapsee Pannu, who plays Savi, who is on a mission to rescue her boyfriend, said. It was a lot of fun working on this intriguing story with my director, Aakash, and co-star, Tahir. I can’t wait for audiences and fans to see this thrilling picture and enjoy it as much as we did making it.”

Tahir Raj Bhasin, who plays the lead role in the film, commented about it

“I am so excited about the release of Loop Lapeta,” said Tahir Raj Bhasin, who plays Satya. The film is a fresh perspective on new age romance, and it’s a genre I’m trying out for the first time. I can’t wait for the rest of the world to meet Satya and Savi. Our director, Aakash Bhatia, has a distinct flair that has resulted in a visually spectacular world where thrills and hilarity collide in one insane rollercoaster of a show.”

Also Read: ‘We name our son Guriq Singh Dhupia Bedi,’ Neha Dhupia reveals naming her son, says ‘and he reacts beautifully to it.’