Mismatched returns again with Season 2. Filled with heartbreak, love, friendship, betrayal and ambitious teens, the new season is similar to the coming-of-age shows we have been watching. 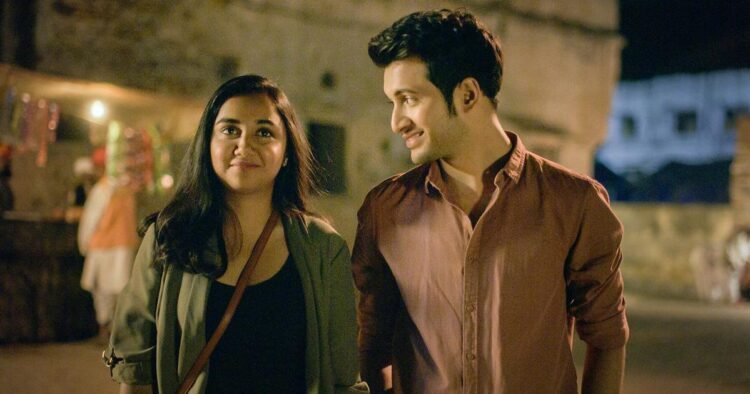 Mismatched returns again with Season 2. Featuring Prajakta Kohli, Rohit Saraf, Vihaan Samat, Kritika Bharadwaj, and Ranvijay Singha, among others, the coming-of-age teen drama focuses on the life of tech-nerd teenagers in Aravalli Institute who are supposed to develop their own app ideas while developing and suppressing their teen emotions.

The first season garnered a lot of attention across the country and received acclaim for its crafted characters and storyline, the season continues with a common storyline however the character development in this season is visible.

The last season ended on a frustrating note when Rishi and Dimple broke up as someone stole Dimple’s app idea, on the other hand, Rishi came to know that Dimple told Namrata’s secret to Celina.

The second season begins right where it left off- Namrata and Rishi left the Insititute for a while, Dimple and Harsh are trying to work out their feelings after Dimple kissed him and Celina is doing everything she can to convince everyone that she is not a lesbian.

Meanwhile, Anmol and his gang are still jerks who slut-shames Dimple for kissing Harsh a few moments after breaking up with Rishi.

Rishi is dealing with his own conflicts when he gets to know that his mother is marrying someone. His younger brother has a hard time accepting this while his father, with whom he had a strained relationship, is making things worse with his reckless behavior.

Sid Sir is slowly falling for Zeenat and you can see the feelings are mutual but the two are still in denial. Nevertheless, he gives a tough time to Dimple and Harsh as the two of them still do not have a new app idea after their idea was stolen by Krish and Simran, along with Celina’s help.

Dimple tries to make some last efforts to get back her app however the truth bombs by Sid Sir give her a severe panic attack where Harsh helps her to calm her down.

It appears that Mismatched Season 2 is ready to touch upon important subjects like anxiety attacks, strained marriages, re-marriages, and different choices of people.

Anyhow, it becomes clear that the creators are trying to bring Harsh and Dimple together by making him the savior of the Damsel in distress, even if they try to portray the opposite. Dimple is at her weakest and she finds Harsh right by her side, a cliched scene that has been repeated in web series so many times that it has lost its charm.

Keeping up with the drama, of course, they had to introduce someone in Rishi’s life too in case Dimple does not take him back and they have to spice things up for the audience. This comes in the form of Sanskriti- a photographer brought under the mentorship of Rishi’s to-be stepdad.

Rishi is initially hostile towards her but it is predictable that the two are eventually going to be a thing even if for the sake of making the audience think about who Rishi is going to choose.

A similar plot is set up for Dimple as she roams around Jaipur, having a fun time with Harsh and bonding with him as they get to know each other.

For now, Rishi and Namrata had to return to college for their app investment and Rishi sees Dimple hugging Harsh (for a platonic reason however he thinks the two are a thing now) and throws coffee at her, showing a parallel with the first episode of the first season when Dimple met Rishi for the first time. Apart from that, there is not much that can be called creative in the series.

The show is carried mostly by the characters who are brought to life with the sheer potential of the actors playing them.

The first episode of Mismatched Season 2 was satisfactory however it did not have the shine we were expecting and appeared to be a half-hearted approach to building a coming-of-age romantic drama.

Also Read: Scenes From Movies That Literally Feel Like Poetry