Modern Love: Mumbai is currently streaming on Amazon Prime. The second episode of this series focuses on religious and gender barriers against the stories of love from the city of dreams. 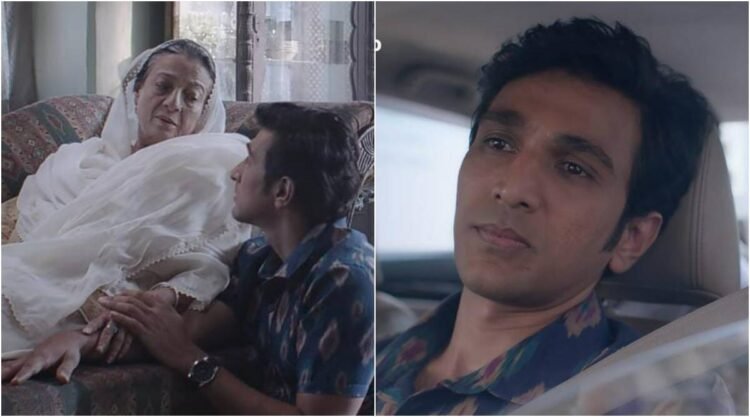 “Pyaar ko rokna Bhi toh nafrat phailane jaisa hai”- this quote from the second episode of Modern Love: Mumbai captures the essence of its tale. Delivering more than what first meets the eye, Baai is one of the most fervent episodes in Modern Love.

The episode, directed by Hansal Mehta, follows the theme of love as well, however with a connection of loss and longing with it. Pratik Gandhi plays the role of Manzu, a gay man who tells everyone about his choice except for the one person with whom he has profound attachment, his grandmother ” Baai.”

Manzu belongs to a conservative Muslim family and a scene from the past reveals that her sister, Rehana hid her love affair with a Hindu guy to not cause pain and disappointment to her family.

Manzu tries to make his parents understand his feelings but his father treats him as an “ill” person, backlashing that “people like him cannot be trusted.”

In a country constantly struggling with separation over gender, religion, and caste, Baai attempts to uncover the emotions of love as parallel to every human.

The scenes that dive back into the past are set against the backdrop of violent Riots in a specific scene where Manzu’s family is seen frightened and afraid of the rioters banging on their doors and asking them to open up. As a country and people that have beheld turmoil and violence over the years, our loss is never-ending.

Baai, unable to hold back her anger, goes to meet the rioters. Unexpectedly, they go away, and the secret of what Baai said to them still pokes Manzu.

Cut to the present, Manzu’s father is just as stubborn as ever. However, he is finally married to a man named Rajveer (Ranveer Brar). That’s basically the plot of Baai. However, what holds it from the core are two things- music and longing.

Chandni Raat by Ali Sethi plays in the background as we see Manzu getting slapped for kissing one of his own acquaintances in the past. Where Manzu was bold enough to hold to his choice, his partner never mustered the courage.

In another scene, we see Manzu trying to pull Rajveer away after ghosting him. A few minutes later, he starts weeping and hugs Rajveer.

Pratik Gandhi wonderfully showcased the emotions of loss and longing simultaneously. Nevertheless, at a few moments, you might feel that the actor could have done better.

Baai shows a plot that has been reiterated several times but the only exception to this attempt is its slow development and illustration of the underlying emotions of different characters that steer the story in a profound direction.

Offering to portray two very important issues that have been encompassing the socio-political situation of our country in contemporary times, Baai strives to break the barrier of division in the face of love.