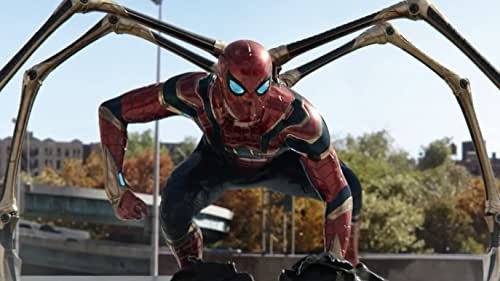 A fresh story claims that Spider-Man: No Way Home will receive a significant Oscars promotion ahead of this year’s awards presentation. Spider-Man: No Way Home was finally released in cinemas last week, putting Tom Holland’s Homecoming trilogy to a climax after months of anticipation and uncertainty. While it’s unclear what the future holds for the web-slinger (or whether Holland will be involved), No Way Home is proving to be a huge success.

Spider-Man has saved people falling from skyscrapers, automobiles dangling from bridges, and the planet from a variety of villains in eight films produced over the previous 19 years. But, with Jon Watts’ Spider-Man: No Way Home, the most recent picture about the comic book character, did he also salvage the theatrical moviegoing experience? Could he also salvage the Academy Awards?

No Way Home has proven to be a box office success, presently ranking second only behind Avengers: Endgame in terms of domestic box office opening weekends.

The newest Spider-Man film presently has the highest Rotten Tomatoes audience score in the franchise, with a score of 99 percent. No Way Home has a 94 percent critical rating on Rotten Tomatoes, which puts it ahead of 2004’s critically praised Spider-Man 2 and just behind 2018’s Spider-Man: Into The Spiderverse. In addition to receiving extremely great reviews from critics and moviegoers.

No Way Home had its stateside release last Thursday — exclusively in cinemas — and grossed an incredible $50 million on the first night alone, en route to a $260 million opening weekend, which is not only a pandemic-era record but also the second-best opening weekend of all time.

It is already the highest-grossing film of 2021 as we approach the Christmas weekend. Furthermore, reviewers gave No Way Home a 94 percent rating on Rotten Tomatoes, putting it ahead of Belfast (86 percent), King Richard (91 percent), and Licorice Pizza (92 percent )

The campaign to get Spider-Man: No Way Home

It is acknowledged at the Academy Awards might signal a fundamental shift in how the Academy views superhero films. No Way Home is already on the Best VFX shortlist, but since The Dark Knight was left out of the Best Picture category at the Oscars in 2008, superhero films have struggled to gain traction in key categories.

In 2019, Black Panther made history by being the first superhero film to be nominated for Best Picture, a feat that now appears quite possible for Spider-Man: No Way Home.

The stigma associated with superhero films among Academy members has existed for years, with Black Panther marking the first significant shift in opinion. With the film’s extraordinarily excellent reviews and intentions for an Oscar campaign, the Best Picture nomination for Spider-Man: No Way Home appears to be a distinct possibility.

Whether the picture has a chance of winning is a different story, but the Phase 4 film might mark a significant shift in the Academy’s perception of the superhero genre, as well as the Oscars’ cultural relevance. With dwindling viewership and a growing impression that most people no longer care about the Academy Awards, Spider-Man: No Way Home has the potential to re-energize the ceremony and present it to a whole new, younger audience.

A March date would still be difficult for Holland to pull off, but if the Oscars — like a lot of other award ceremonies this season — are moved back a few weeks due to the epidemic, the stars would align!

Also Read: 10 Best Christmas Movies Of All Time For Your holiday Watchlist

10 Best Christmas Movies Of All Time For Your holiday Watchlist

5 Reasons Why The 90s Was The Golden Era Of Bollywood

5 Reasons Why The 90s Was The Golden Era Of Bollywood