Korean Thriller Masterpieces You Must Watch

From ‘Parasite’ to ‘Save Me’ Here are 10 Korean Thriller Masterpieces that you should watch. 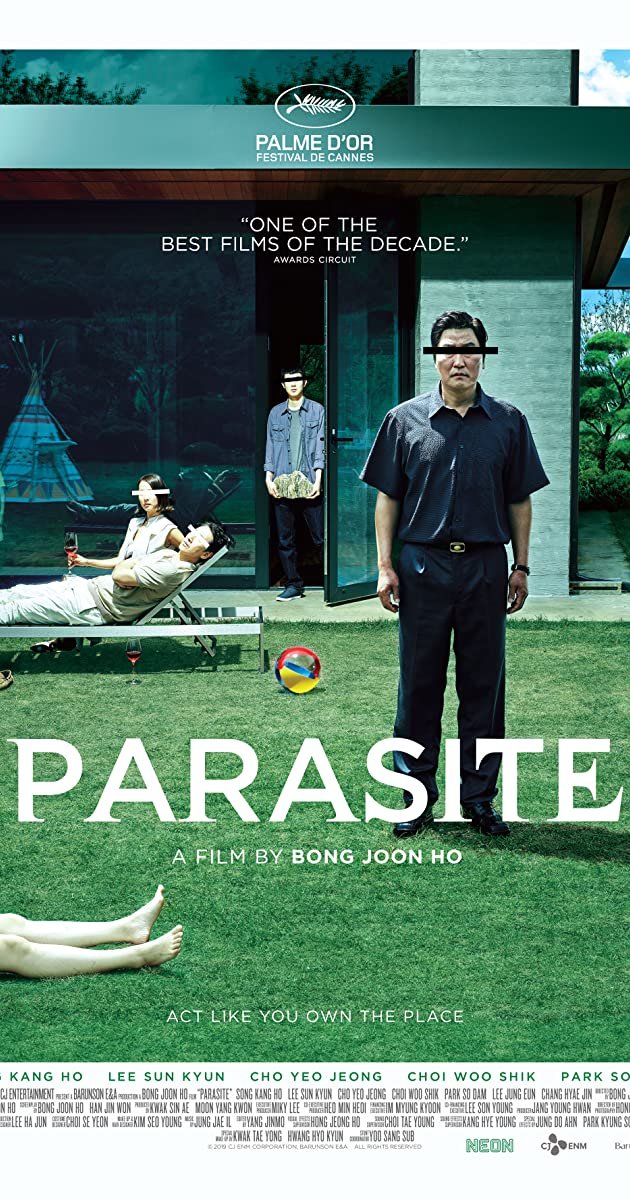 After the success of Parasite last year, people began to pay attention to South Korean cinema. When you consider the nearly limitless variety of quality films produced in the area, this is long overdue. The average cinephile may be irritated that it took so long for people to swallow their pride and read some subtitles, but it’s not worth censoring an entire country’s cinematic achievements. More than anything else, this is cause for celebration. Some excellent films and television shows in 2020, such as “Alive” and “The Good Detective”, have only added to the genre’s popularity outside of the country. Below is a list of 10 Korean Thriller masterpieces. Choose your pick!

When a fatal shooting incident on the North Korean side of the DMZ threatens the Korean peninsula’s peace, an international investigator (Lee Young-ae) is tasked with uncovering the truth. The critically and commercially successful film won a slew of awards both at home and abroad. The success of the film, which was released in 2000, catapulted actors Song Kang-ho (of Parasite fame) and Lee Byung-hun (Storm Shadow from the G.I. Joe film series), who played soldiers from North and South Korea, respectively, to stardom. It was also a breakthrough success for director Park Chan-wook.

Burning doesn’t waste audience time. The way it tells its story is deliberate. It’s not as fast-paced as some of the other entries on this list, but that’s okay. The central mystery looms in the background at all times. As a result, viewers feel compelled to scrutinize everything frame by frame, and they should. There’s a lot going on here, and it’s all very satisfying. Burning isn’t just the best movie of 2018, it’s also one of the best movies of the decade. Lee Chang-riveting dong’s psychological drama takes its time, but the payoff is well worth the wait. As an added bonus, the conclusion deepens the significance of everything that came before it.

It’s exceedingly difficult, especially in a thriller, to construct a tight tale involving time travel. Signal, on the other hand, not only gets the logic of time shifts and its repercussions right, but it also succeeds in keeping viewers anxious for the next episode. In the current timeline, a young criminal profiler (Lee Je-hoon) working on cold cases in 2015 discovers a walkie-talkie that connects him with a detective from 1989 (Cho Jin-woong) who has been lost for decades. They race against the clock to solve these crimes, and in the process, they uncover mysteries they never expected to face. The show is one of the most popular Korean dramas ever.

Stranger follows a prosecutor (Cho Seung-woo) who has lost empathy as a result of surgery, as well as a fearless cop (Bae Doona) who is attempting to investigate a murder case. As the storey progresses, they become progressively entangled in a massive political scandal. The series’ first season was released in 2017. The New York Times named it one of the best international shows of the year after it received many prizes. In 2020, a second season was launched to critical acclaim.

A former cop turned pimp (Kim Yoon-seok) is alarmed when some of his girls go missing. When he sets up a trap to catch the perpetrator, he finds himself on the trail of a serial killer (Ha Jung-woo). The Chaser, which marked director Na Hong-feature jin’s film debut, is as fast-paced as its title suggests. Keep an eye out for the outstanding Ha, whose terrifying performance has made him one of the most sought-after actors in the country.

“Choi Min-sik”, widely regarded as one of Korea’s greatest actors, portrays a man who has been held in solitary confinement for 15 years by an unknown person. When Choi’s character is abruptly released, he realizes that his struggle is not yet finished because he must discover his attacker in five days. This 2003 film is the second installment in Park Chan-“revenge wook’s trilogy,” which also includes Sympathy for Mr. Vengeance from 2002 and Sympathy for Lady Vengeance from 2005. It has garnered the best reviews of the three and is widely regarded as the director’s masterpiece.

Following the death of their son, a couple joins a religious cult, the leader of which has his own plans for their daughter Im Sang-mi (Seo Yea-ji). A few years later, the trapped girl is able to summon assistance from a group of boys she knew from school. When they launch a rescue mission, it reveals horrifying secrets about the cult and thrusts their sleepy town into the center of national attention. The 2017 drama is based on the webtoon “Out of the World”.

Cha Dal-gun (Lee Seung-gi), a stuntman, has his life turned upside down when he loses his beloved nephew in a plane crash en route to Morocco. In his search for answers to the tragedy, he discovers an international conspiracy and realizes that the people have not been told the truth. He then enlists the assistance of Go Hae Ri (Bae Suzy), a National Intelligence Service operative. In 2019, this magnificent series was released.

The Handmaiden, one of the best Korean thrillers, follows a con man (Ha Jung-woo) who hires a poor handmaiden (Kim Tae-ri) to serve a wealthy Japanese lady (Kim Min-hee) in Japanese-occupied Korea. However, his true intention is to use the handmaiden to defraud the wealthy woman of her inheritance. It won numerous international awards, including the BAFTA for Best Film Not in English Language in 2018. It was directed by Park Chan-wook.10.

This is a horrifyingly fascinating film, brilliantly written, superbly furnished and designed, with a magnificent ensemble cast working in an elegantly plotted nightmare. “Parasite” also won the Oscar for best international feature, and became the first Asian film to scoop best original screenplay.

The ten South Korean masterpieces listed above are not to be taken lightly. The content of these ten films varies, but one thing remains constant: they’re all incredible.

Entrepreneur Documentaries You Should Consider Watching